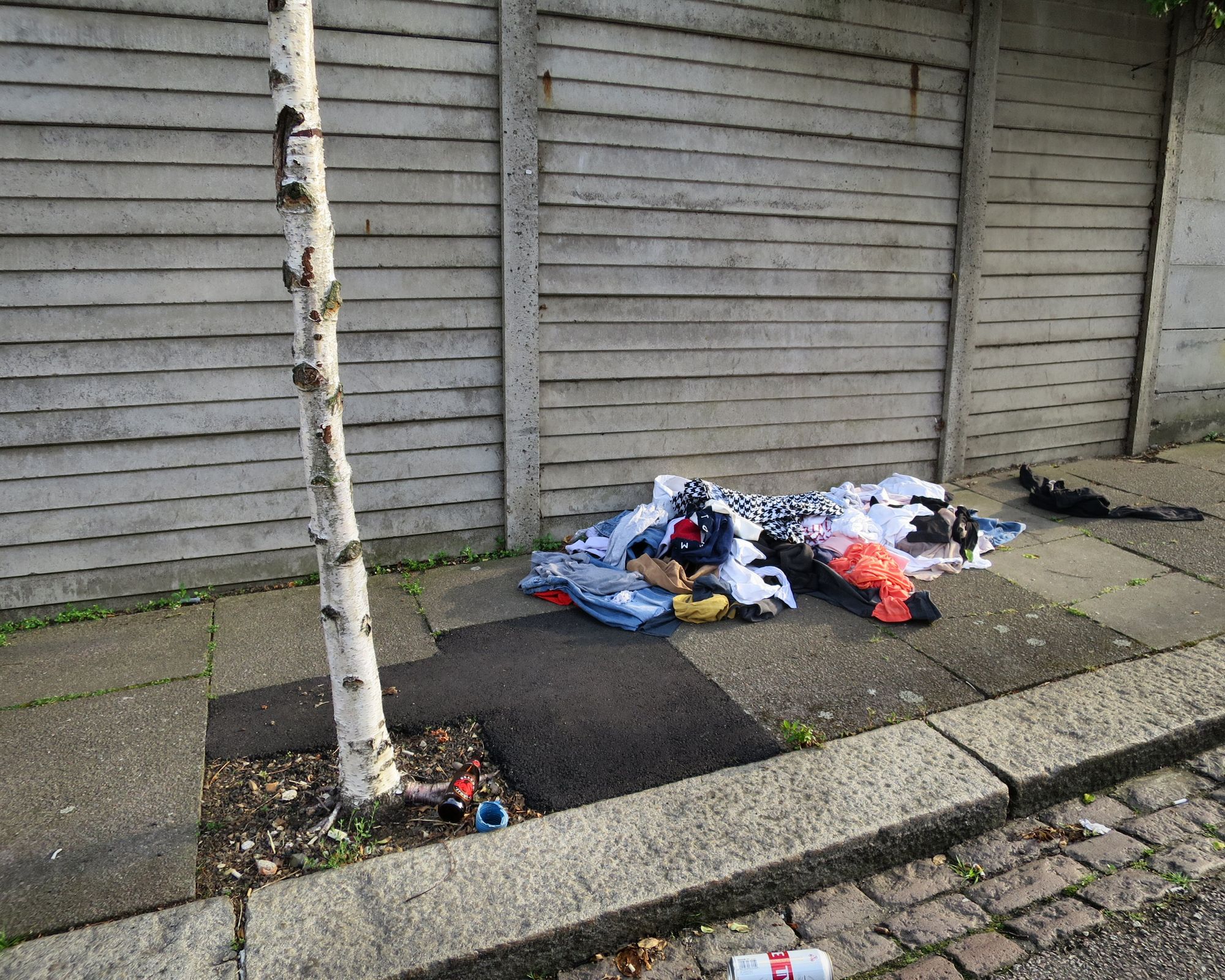 Change, that is the bedrock on which conservatism rests. This change, which conservatives dedicate themselves to preventing, is to it the consequence of lost traditions and beliefs. This is unlike their opposites, the progressives, who in their eyes are the agents threatening to pull apart the social order.

In short, the raison d’être of conservatism relies on, in the words of the late conservative Roger Scruton:

‘the sentiment that good things are easily destroyed, but not easily created.’

These ‘good things’ are the social and cultural conditions which currently make up society. They are the values that make society what it is, which are now at risk of being altered or destroyed to the detriment of us all.

Moving on from Scruton, we can learn more about conservatism by looking to the work of Michael Oakeshott, a famed post-war philosopher who often found himself jostling with the Labour government’s left-wing, welfare-state program. He writes in his essay ‘On Being a Conservative’, that to follow conservatism is:

‘to prefer the familiar to the unknown, to prefer the tried to the untried, fact to mystery, the actual to the possible, the limited to the unbounded, the near to the distant, the sufficient to the superabundant, the convenient to the perfect, present laughter to utopian bliss.’

Here Oakeshott clearly juxtaposes two opposing forces: the conservative, whose beliefs are ‘familiar’, ‘tried’ and ‘actual’, and the progressive, who wishes to enact ‘the unknown’, the ‘the untried’ and the merely ‘possible’. Just as Scruton defines our current traditions as ‘good’, Oakeshott wishes his reader to see the benefit of finding comfort in our reality, as opposed to hunting after a unobtainable utopia.

But what if that goodness in past society was completely relative?

This fact is the fatal flaw in conservative ideology. Conservatism, in its lifelong blood-feud with progression, has never been the aggressor. Instead, it is only ever the battered-down defender; the army under siege; the weathered captain going down with his ship. For this reason, conservatism will always find itself realigning with the conventions of its conqueror.

Conservatives of the history books have opposed the ideals of revolutionary France, justified the existence of Imperialism, and, even in recent days, resisted the acceptance of homosexuality. Progression, however, happen regardless. Society rapidly changes and the beliefs of its people adapt to suit them.

Despite this statement, my essay is not here to argue against criticising the ongoing nature of progress. I instead wish to claim that conservatives, in their relentless adherence to nostalgia and constant scaremongering of cultural degradation, entirely miss what social traditions we should try to preserve, and how we might preserve them.

To illustrate this I must turn to a quote from a man that has caused untold damage to society, and a man that, as an anarchist, I hate to agree with. That man is named Friedrich Hayek, an incredibly influential economist who we might thank today for bringing us the curse that is Thatcherism, Reaganomics, and their offspring: neoliberalism. Hayek saw an evil in the command of state, but believed the greatest way to offset it was the put more power in the hands of private interest. The market, in his eyes, could go on largely unguided.

Today we might see him as a conservative, but in reality he was anything but. Hayek believed himself to be a progressive, and here, in an essay on conservatism, he explains why:

'It is that by its very nature it cannot offer an alternative to the direction in which we are moving. It may succeed by its resistance to current tendencies in slowing down undesirable developments, but, since it does not indicate another direction, it cannot prevent their continuance. It has, for this reason, invariably been the fate of conservatism to be dragged along a path not of its own choosing.'

Hayek’s enduring legacy, and the effect it had on that era, altered the workings of the economy for good. Private interests now dominate society more than ever. The state, at least in the western world, has surrendered over most of its market control. Capitalism may have started with state-owned monopolies, but now it is owned by state-protected ones who act almost entirely out of their jurisdiction.

But why does this matter, why should conservatives have opposed this dramatic shift? Because private interest are tearing our communities, local and beyond, apart.

What we live in today is the result of a society brutalised by the profit motive. Our public and personal lives are now dominated by the ways of the market, which serve those with no concerns for our lives.

The effect of this has been encapsulated by the changing nature of work. Instead of the more common, full-time work of the past, the population has been afflicted with a new social class: ‘the precariat’.

This group, as described in an influential text on the subject, is ‘more vulnerable’ than other low-income groups in society, who could rely on ‘more traditional forms of community support’, and much more vulnerable than salaried employees who have ‘an array of enterprise and state benefits’. These workers, who often move from job to job or are forced to work low hours, have lost the opportunity to ‘feel part of a solidaristic labour community’. This is the direct result of an over-zealous market economy.

Conservatives should be disgusted with governments that prioritises company profit over people’s social lives. But instead, they allow business to run rampant with zero-hour contracts to up their efficiency and do away with the job security that keeps people going.

But that is not all, as a sense of community and solidarity with your peers does not come from work alone, but from the place you live. To feel a connection with your home requires a believe that it belongs to you, and that you and others might shape it and make it your own. In the UK, half of England belongs to less than 1% of its population, and councils are being forced by government cuts to sell of public parks and buildings to provide basic services.

This commodification of society steals our common land away from us. Guy Standing, in his 2019 text, Plunder of the Commons, expresses this issue beautifully:

'The commons are our collective heritage. They cannot be alienated legitimately unless we, as citizens, decide that is what we wish, recognizing that we are custodians for future generations as well as ours. Privatizing and commercializing the commons, and most particularly colonizing them, amounts to theft. It is a form of corruption intended to generate rental income for a few, from newly created ‘property rights’. And it is regressive. The loss of the commons most affects those who rely on it the most.'

Conservatives should condemn those who greedily snap up common property and tear apart the fabric of society. But instead they crawl up into a ball and scream 'the left' into thin air, whilst right-wing marketeers steal what belongs to us.

The natural results of this attitude are what we may now call 'libertarian conservatives'. Once Hayek’s war was done, and he had managed to turn Thatcher’s greatest enemies into her most stalwart defenders, the conservative ideology was quickly adapted to fit around these new, “libertarian” ideals. Hayek and his equals were also very influential across the pond. Ronald Reagan, back before he was president, even claimed that:

'Libertarianism is the heart and soul of conservatism.'

It is no surprise that the left, always divided, lost to a right that had fully surrendered to a new god: the market.

Politics on the right has now reached a strange duality. Often enough conservatives are greatly disaffected with the direction society is taking, but being incapable of seeing capitalism, the status quo order, as the problem, they now spend their days descending into a hole of vilifying anything on the perceived left.

Caught up in their romanticism for traditional cultural beliefs, they spend more time worrying about political correctness and intersectionality to see the real, material problems in society. For this reason, conservatism has outmoded itself; it is defunct, unable to bring meaning back to people’s lives.

The left must subsume what conservatives cannot offer. It must beat the juxtaposition that Oakeshott laid out, by laying out a vision for the future that is both ‘unknown’ to the status quo but ‘familiar’ to those who will live it. Only then will we progress into a new society which can protect against the deterioration of the past.

Our content can only survive with your support. If you enjoyed this article, please consider becoming a patron.