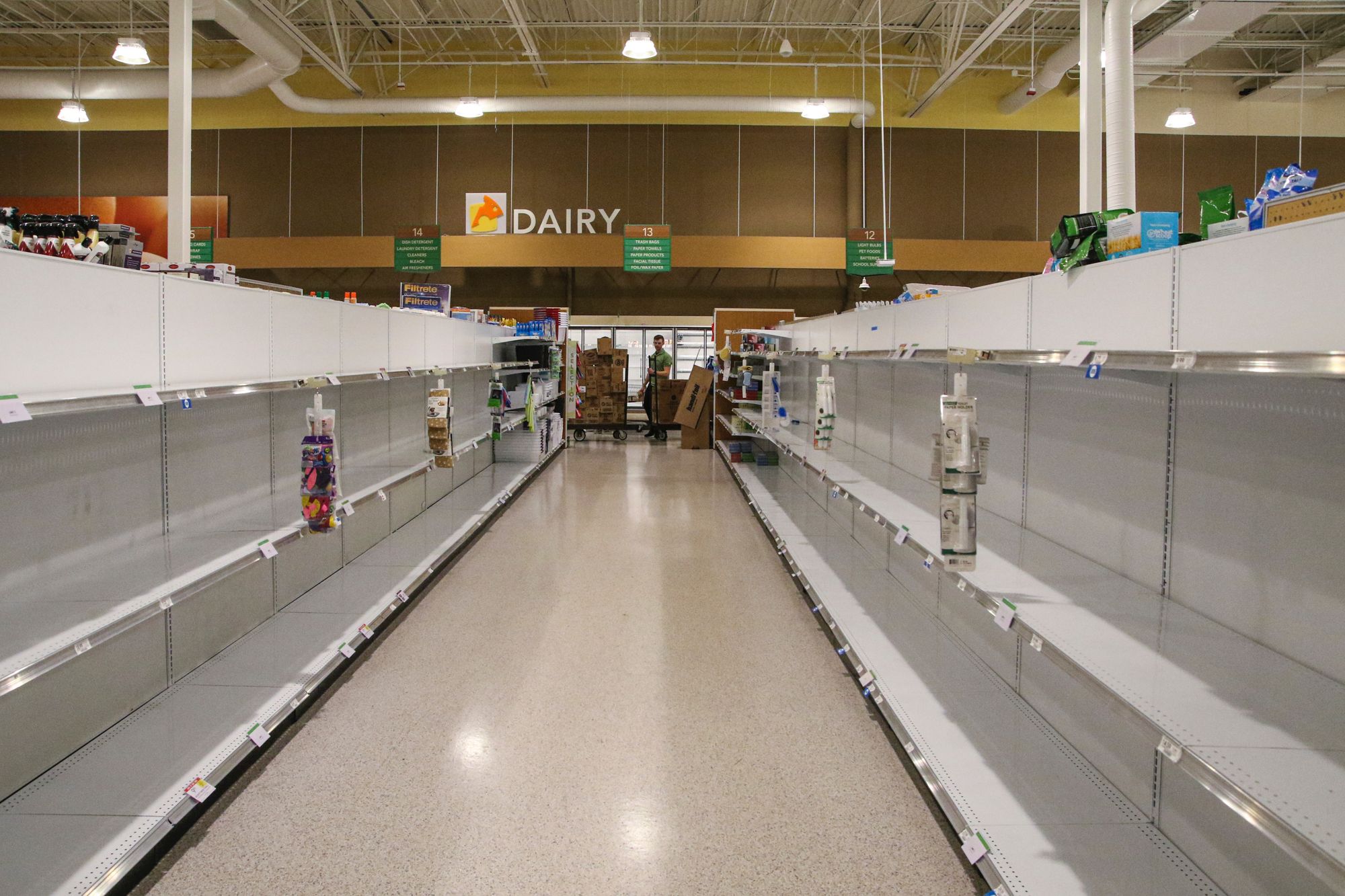 Yesterday afternoon, the environment secretary for the United Kingdom, George Eustice, had to stand up at the government's daily coronavirus briefing and make a disappointing plea. People's panic buying was pushing the country's supermarkets beyond their limits and leaving important front line workers without food. He asked the nation to:

'Be responsible when you shop and think of others. Buying more than you need means others may be left without.'

He also referenced a viral video on social media of an NHS nurse who broke down after finding that her local supermarket had been stripped out by stockpilers. She will not be the only front-line worker to be confronted with empty shelves, and supermarkets have begun offering opening times reserved only for these staff and the elderly.

The immediate response we had to this was anger. We asked ourselves, how could people be this selfish? People are struggling across the country because of the irrational fears of their neighbours. Those who will be vital to our survival in the coming months are those who are being punished, and not necessarily by our government, but by ourselves. There as been no indication that stock levels will run low, and yet people flocked to the shelves thinking only of their own immediate need. It is hard not to despair over the lack of common humanity.

But we should try not to aim our anger at individuals, as much as we want to, because their actions are only symptomatic of the sickness that runs through our society: the sickness of capitalism. We should not be surprised that in a "dog-eat-dog" world people are only looking out for themselves, for is that not the standard that is set by the capitalist economy every day?

People are (quite rightfully) shaming these panic-buyers' actions, but at the same time are blind to what has caused them. There is an irony to the Conservative health secretary pleading for people to think of others, when his own party's policy encourages greed. Any ideology that prioritises the power of individual want over the need of the community will result in self-interested actions such as these.

On top of living in a economic system that encourages selfishness, states all around the globe have failed to inspire their citizens' confidence. Cynicism is abound, resulting in a rejection of state advice. In the UK, doctors have to beg people to stay indoors, and the police have to threaten others to stop gathering in large groups. These could be seen as more cases of selfish individuals, but should really be seen as the consequence of having a fundamentally sick system that nurtures these individuals. If incompetent rulers appear to be doing little to aid their people, then those people will not respect their decisions.

To rub even more salt in the wound, leaders have done little to reassure people that they would not need to panic buy. In the UK, supermarkets did their best to abate the shopping but found little support from the government. We live in an incredibly isolated world, where people barely know their neighbours nor participate in local community networks. Without reassurance or advice from the government, and with the threat of having to isolate for two weeks, it is unsurprisingly that people took matters into their own hands.

But do not despair! This is not the way life has to be. Competition does not come naturally to human beings, and is instead a minor trait that has been exemplified by capitalist "progress". Humanity is not irredeemable, but has only gone down the wrong path.

The cure to the sickness that plagues our society will always be mutual aid. In another of our articles we stressed the importance of solidarity in this crisis, a only by building bridges with our neighbours and communities can we work towards saving mankind from the system that has poisoned it. Take inspiration from the multitude of mutual aid groups that have sprung up around the world, and find comfort in people's desire to help one another even in trying times such as these.

Do not be angry at the panic-buyers, but be angry at the system that created them. Argue for the creation of a world based upon mutual aid, on kindness, and on the spirit of our common humanity. Otherwise, when this has all died down, we will be in the same position we were in before.

To leave you with some hope, here is a quote from Kropotkin's Mutual Aid:

“The mutual-aid tendency in man has so remote an origin, and is so deeply interwoven with all the past evolution of the human race, that is has been maintained by mankind up to the present time, notwithstanding all vicissitudes of history.”

Photo by Mick Haupt on Unsplash

The Commoner is only kept alive by the support of our community. If you enjoy our writing, please consider becoming a patron: