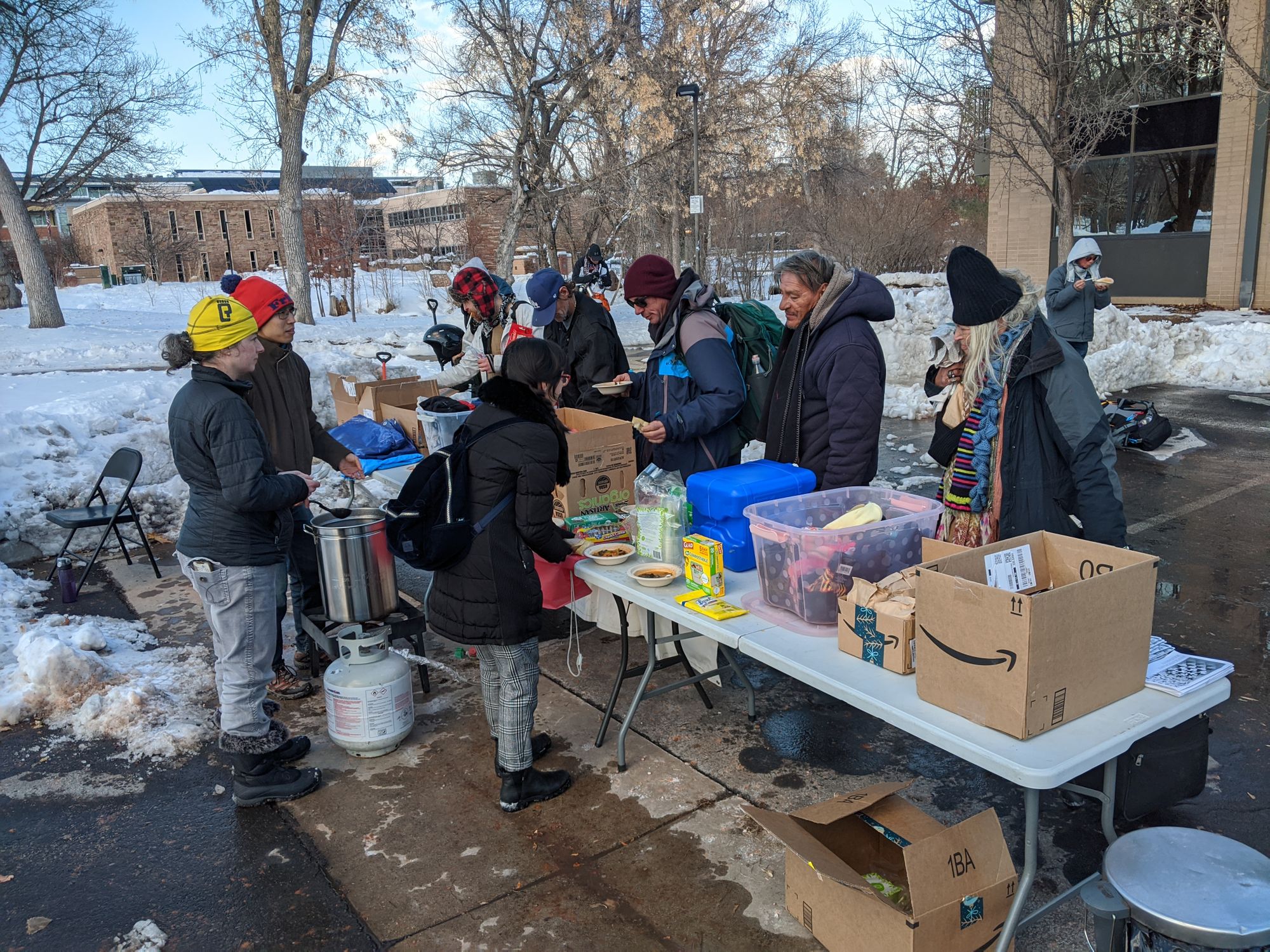 This article is a continuation of our series of interviews with different leftist groups from around the world. Today’s interview features Ryan, one of the founding members of SAFE (Safe Access for Everyone), an activist-based coalition in Boulder County, Colorado that formed as an extension of Boulder’s local Democratic Socialists of America branch. SAFE is a mutual aid organisation that works to promote homeless rights through direct action, advocacy, and mutual aid, It also advocates for criminal justice reform and police accountability, among a plethora of other things. Recently, they have worked to ensure access to water and bathrooms, recovered a stolen car from a towing company, and distributed necessary supplies. You can follow them on Twitter at @bouldersafe, or you can view their Amazon wishlist here if you wish to support their work.

Now for the interview:

What part does SAFE hope to play in the wider socialist movement?

We started SAFE actually as a sort of liberal friendly front group out of the Boulder County Democratic Socialists of America. One of our unhoused comrades was having issues at the Boulder Shelter for the Homeless that needed to be addressed, so we devised SAFE to hold a community discussion in the neighbourhood the shelter was in and we thought no one would turn up if it was organised by the local socialists. Funnily enough, that discussion never happened, but we continued to organise under the SAFE banner. Our focus was originally around safe access to shelter services, and has expanded to safety more broadly: safety from police, safety from the elements, safety from food scarcity, etc.

Today, SAFE is sort of a blank slate. We have our core values of anti-capitalism, intersectionality, and abolitionism, and our core mission of working with and for people experiencing homelessness. With that understanding set, folks are pretty free to organise under the SAFE banner as they see fit. This has ranged from going to Boulder City Council Meetings and flooding open comment with demands, holding regular community meals, distributing survival equipment, providing court support, producing propaganda, and more.

What does the term ‘direct action’ mean to you?

Direct action is what gets the goods!

How are you organised as a group? Who or what bodies make the decisions?

We don’t really have any formal structures or leadership, though a few of the organisers who have been with us since the beginning sort of take a de-facto leadership role. We never really imagined we would grow past our meeting in Boulder Public Library of like 5 of us, so we never really formalised bylaws or anything, but that is becoming a problem. We are currently looking at some different models for bylaws like the ones used by the Libertarian Socialist Caucus and Neighbourhood Anarchist Collective.

While it can be easy to romanticise “leaderlessness,” we really aren’t leaderless. There are undefined power structures in the group that can cause issues at times, so we’re working on ways to structure the group in a way that facilitates our organising.

In what ways is SAFE different from a typical charity or organisation?

I think the main difference is that we have a revolutionary outlook. While we don’t have a “party line” or set tendency, we know capitalism is fucked and actively work to uproot it and all other forms of oppression. For example, when we distribute tents and sleeping bags, we are providing for the most vulnerable in our community, but we are also providing tools to resist the City of Boulder’s oppressive Urban Camping ban. We also don’t feel restrained to just doing mutual aid work. We have marched against police brutality, rallied outside of the Boulder Shelter for the Homeless when they were kicking people out for no good reason, trained folks on how to film the police, published anti-police media, protested homeless sweeps, and so on.

How have your interactions been with the government?

When we were new in town, in around 2018, City Council thought we were liberals, which proved very effective when the city was trying to spend $1,000,000 on immovable boulders, hostile architecture, and increased sweeps of homeless camps. We filled the open comment at that city council meeting and roasted them. Surprisingly, the City decided against that expenditure. That luck didn’t last long though and pretty much every lobbying attempt after that has been unsuccessful, which is part of why we have been focusing more on mutual aid in 2019 and 2020. The current city council is painfully corrupt and classist so we have no real hope of them doing anything but harm.

What has life been like inside of the Democratic Socialists of America (DSA)?

SAFE operates semi-autonomously from Boulder DSA and that has been a really good relationship. We use some of Boulder DSA’s fundraising resources, and when we do a bad job and run out of money they can usually help us out. One of our goals was to make a structure that non-DSA members could participate in, as we had some good comrades in the International Socialist Organisation at the time SAFE was getting started. Now we have a number of anarchist comrades that heard our call for support when COVID hit and they have been doing an amazing job.

There are some issues with how DSA is structured from a national level that make it difficult for people experiencing homelessness to participate in it. For example, you have to be a dues-paying member to vote at meetings. I know the Boulder chapter doesn't support that and tried to change it at the last DSA convention but the current rules were upheld by the right-wing of the organisation, which sucks, but makes me glad we set up something like SAFE that is more accessible to poor people.

I would like to get to a point where the group is entirely led by people with lived homelessness experience, much like Denver Homeless Out Loud.

How do you interact with your community, and what has the impact of your work been on that community?

Our most direct presence is with our community meals and free stores where we meet people and build relationships and get a better sense of what people’s needs are. For example, some of our members met a woman named Jayci who was on the streets after she lost her landscaping job due to the COVID crisis and then had her car stolen once by thieves. The thieves left her car in Boulder somewhere and it was then stolen again by Boulder PD who gave it to a tow yard who held it ransom. We were able to fundraise most of the money to get her car back and got her off the streets.

What advice would you give to those wanting to create an organisation similar to yours?

Start building relationships with people on the streets and know that they are given a lot of hollow promises. Listen to what people need and see how you and your friends can help meet that need. Also, try to utilise existing resources as much as you can. We were buying produce for our feeds until we realised we could get free produce from this really rad non-profit called Boulder Food Rescue which has agreements with a lot of grocery stores to redistribute food that is fine to eat but would be thrown away. Linking up with Boulder Food Rescue has made our meals way more affordable and it feels good to be using produce that would otherwise be wasted.

Is there anything else you would like to add which we have not covered?

If you want to help us develop our site and continue to publish new anarchist content, please consider becoming a patron: