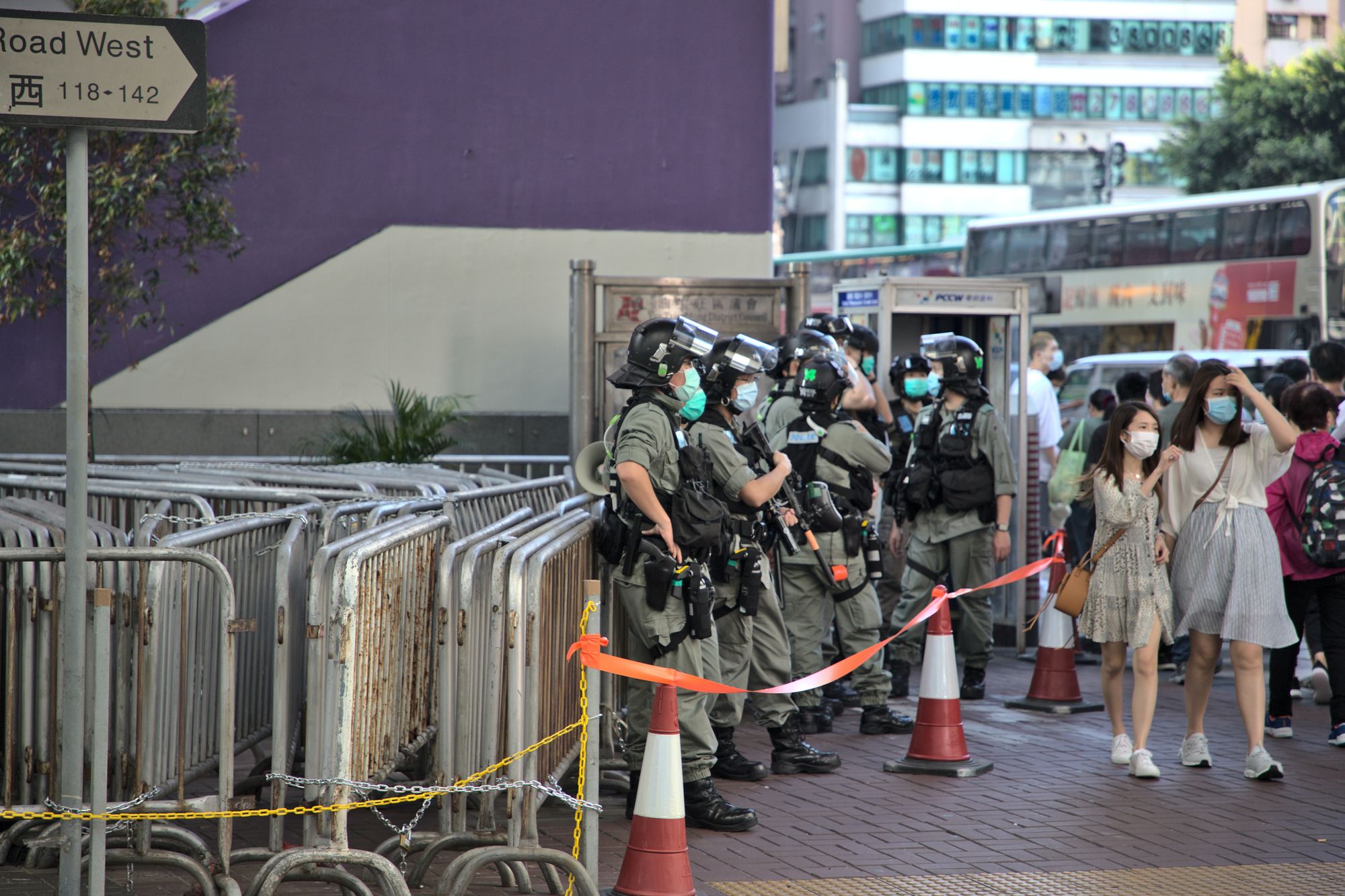 On June 30, China passed its National Security Law aimed primarily at Hong Kong, much to the dismay of Hong Kong’s protesters and the international community. It has also reopened a rift between the authoritarian and libertarian left, who are split on the law’s merits.

The objections from the libertarian left are pretty clear: the process through which the bill was passed without any semblance of democracy. It was crafted entirely in Beijing, without any input from the Hong Kong legislature or even Beijing’s mouthpiece in Carrie Lam. Nor did the Hong Kong people get any say in the law: it was not voted on by the Hong Kong government,and only a select few even saw the bill before it went into effect. The committee that will be set up to enforce the law isn’t even accountable to the people in Hong Kong, instead reporting and accountable directly to mainland China.

The contents of the bill are equally bad. For one thing, much of the law is intentionally vague and open to interpretation, and there is no clear definition of many of the offences outlined in the law. For example, subversion, an offence under the law, is defined as

(3) seriously interfering in, disrupting, or undermining the performance of duties and functions in accordance with the law by the body of central power of the People’s Republic of China or the body of power of the Hong Kong Special Administrative Region; or

The vagueness here can’t be overstated, particularly in subsections 3 and 4. After all, almost any form of protest could be described as 'seriously interfering' with state activities, and it provides the Hong Kong government with unlimited justifications for oppressing protesters. For example, people who organise a peaceful march could now be arrested under the new law with the justification that they were blocking streets or the front of government buildings. Even worse, the bill authorises warrantless search and seizure, and the authorities now have explicit permission to engage in surveillance with the permission of Carrie Lam (in the interest of national security, of course).

The bill does not just give the authorities broad reason to arrest people; it also allows them to ignore Hong Kong’s existing laws. From Article 62:

This Law shall prevail where provisions of the local laws of the Hong Kong Special Administrative Region are inconsistent with this Law.

This article, which is buried at the end of the law, may prove to be the most damning part of the entire bill. This is due to the language throughout the bill, which only discusses human rights and rights during the judicial process in context of the law. From Article 4, which addresses human rights:

Human rights shall be respected and protected in safeguarding national security in the Hong Kong Special Administrative Region. The rights and freedoms, including the freedoms of speech, of the press, of publication, of association, of assembly, of procession and of demonstration, which the residents of the Region enjoy under the Basic Law of the Hong Kong Special Administrative Region and the provisions of the International Covenant on Civil and Political Rights and the International Covenant on Economic, Social and Cultural Rights as applied to Hong Kong, shall be protected in accordance with the law.[emphasis mine]

and Article 5, on the judicial process:

On their own, both articles would be an admirable addition that would entrench human rights in the enforcement of the law, but Article 62 renders them essentially meaningless, since the new law takes immediate precedence over any existing law, human rights or not. The law doesn’t hide this either: it explicitly allows trial without a jury. From Article 46:

In criminal proceedings in the Court of First Instance of the High Court concerning offences endangering national security, the Secretary for Justice may issue a certificate directing that the case shall be tried without a jury on the grounds of, among others, the protection of State secrets, involvement of foreign factors in the case, and the protection of personal safety of jurors and their family members. Where the Secretary for Justice has issued the certificate, the case shall be tried in the Court of First Instance without a jury by a panel of three judges.

In addition, the actions of the committee are not subject to the justice system, nor will it disclose information about its activities. Article 14 says that:

It is pretty clear that this bill is nothing more than a ham-handed attempt to increase China’s control in Hong Kong. The law shows no real interest in preserving human rights and gives the state far-reaching powers to crush protests and force the Hong Kong people to stay in line. The state is already using this law to justify further offences against democracy. Just last week, Beijing announced that Hong Kong’s primary election was held in violation of the new security law, possibly implicating all 600,000 participants. And as Lausen reported earlier, the law is already deeply affecting the Hong Kong protesters:

The fear instilled by this law has already been an impediment to Hongkongers’ digital freedom. On Twitter, Hong Kong users have set their profiles to private. Many have even left the platform, deleting their profiles entirely out of fear of government retaliation. Those who have stuck around can’t help but question whether or not their online aliases will lead back to their real identities; every move is potentially subject to scrutiny and thus racked with uncertainty.

The effects of the law have already been clear among some of Hong Kong’s most prominent activists. Even before the law came into effect, Joshua Wong, Agnes Chow and Nathan Law, who all played leading roles in the 2014 Umbrella movement, quit the student-led political party Demosisto, which they founded in 2016.

This is a brazen attack on democracy and freedom of speech, and no leftist should support this law.

Nor is this a victory over “imperialism”, as a number of people on the authoritarian left might lead you to believe. Hong Kong is still suffering from the remnants of colonial rule, certainly, and anyone that says that there is not a Western influence and interest at play in the protests is either ignorant or deceiving themselves. But it is equally ridiculous to think that this law does anything to benefit the people or solve the problems of imperialism. Rather, it does nothing more than shift the source of oppression closer to home, and people who praise it just because it hurts Western foreign policy completely miss the forest for the trees. Ironically, the law helps Britain’s reputation more than it hurts it, given Britain’s recent decision to grant citizenship to Hong Kong citizens.

It is also laughable to think that this is a victory for worker's rights in Hong Kong. This law was not borne out of some grand effort to save Hong Kong from the evils of capitalism or Western influence, nor was it supported or even voted on by the workers who will be impacted by it. The authoritarian left has lost the entire point of liberating the working class, going so far as to say that an uprising against an oppressive system by average workers and the middle class is somehow a bad thing. Take this excerpt from a post on r/Sino, a pro-Chinese government subreddit:

It is infuriating to see supposed leftists put ideology over democracy in this way, particularly when China does not live up to the picture that many leftists paint of it. The refusal to give workers the ability to decide the way that their society functions is undemocratic by definition and should be the kind of thing that the left opposes. After all, what is the point of socialism if workers cannot control their own lives and legal system? A government that refuses to give workers any agency veers far away from the goal of an egalitarian society and exchanges the boot of the capitalist for one of the dictator. Again, there is no denying that capitalists and other western influences are at play in Hong Kong protests. However, we should not write off the people of Hong Kong just because their interests line up with western foreign policy. The Hong Kong people have the right to choose their government, and saying that “protesters are becoming proud of their chains” is not an excuse for allowing the state to decide what is best for them. If you truly believe in democracy and worker’s rights, you should oppose this law. For many people in Hong Kong, this is life or death.

The full text of the Hong Kong Security Law can be viewed here:

Six chapters comprising 66 articles were only disclosed after the legislation came into effect in Hong Kong.www.scmp.com

Photo by Chromatograph on Unsplash