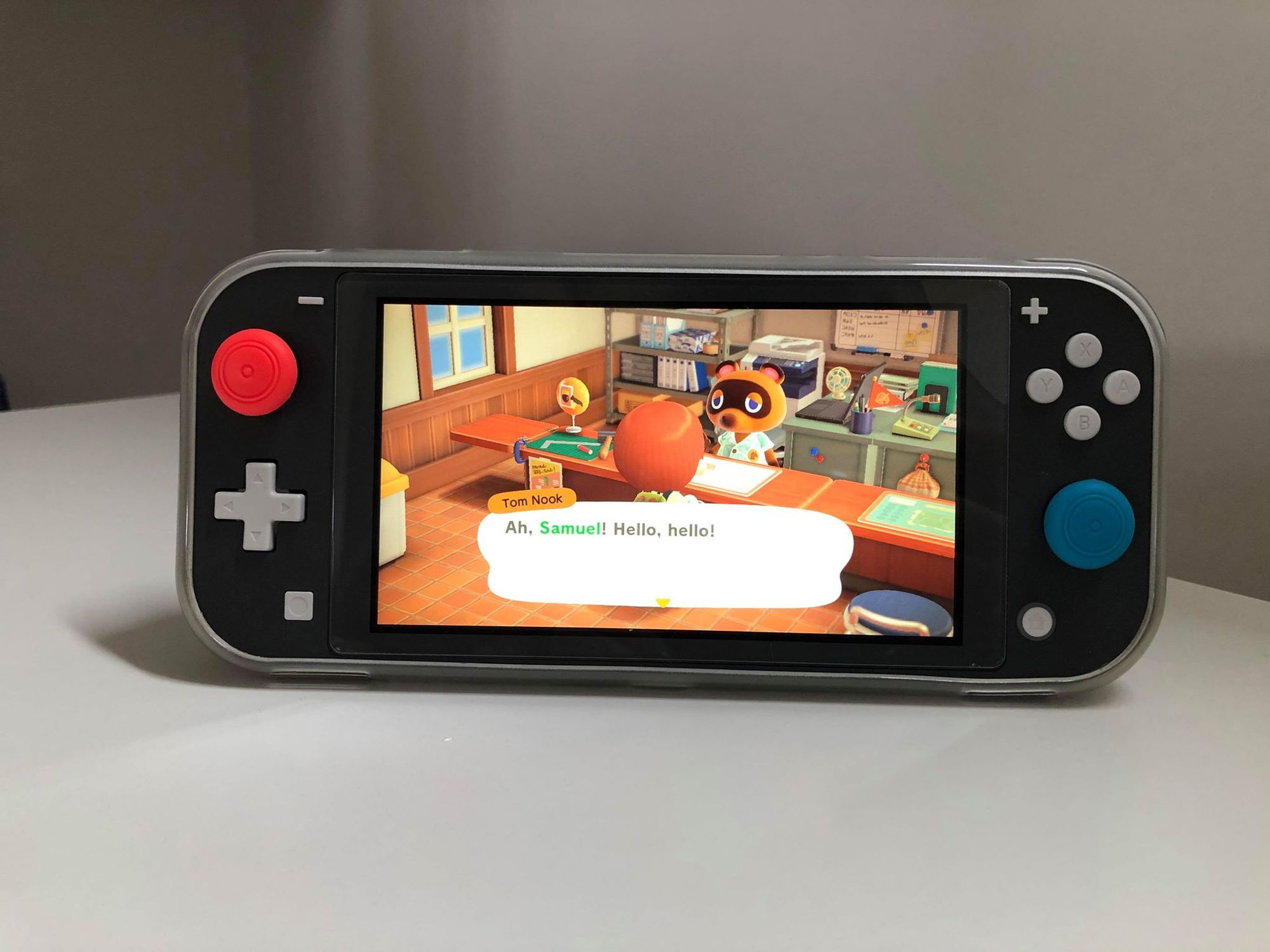 Every Animal Crossing fan you meet, whether new or old, will have a different answer to that question. To the haters, he is a greedy, overweight land baron who hoards your well-earned bells, to the fans, he is an approachable, kind shopkeeper and staple of the franchise, and to everyone else he is somewhere in between. Animal Crossing has now reached its eighth instalment (yes, I am including Pocket Camp), and this debate is now just as immortalised as Nook himself. I will wade into this already well trodden debate by saying that he neither good nor evil, but also both at the same time. Tom Nook's ambiguity mirrors the ambiguity we experience everyday in the capitalist world. In fact, we can find plenty of Tom Nook's all throughout history. We will get to those, but first, let us look at the opinions of both sides.

Those who fall into the anti-Nook camp focus heavily on his capitalist characteristics. In the world of Animal Crossing: New Horizons, Tom Nook owns the island you live on, runs its resident services, has his children run the shop, manages all business activity and manufacturers the phone you use. One article by Junkee calls him 'an old-school land baron' for this very reason. You might think you are the master of your island, but it is really ruled over by Nook Inc and its 'divinely appointed' patriarch: Tom Nook, who hoards an infinite 'treasure trove of bells' earned for him by an army of anthropomorphic animal serfs. If you succeed in the game, Tom Nook is also succeeding, because game objectives are tracked by a series of astronomical loans you need to pay off. Debt, as an article in Wired puts it, 'is what gives you purpose', it drives the game and is its entire measure of progress. Meanwhile, as you are toiling away paying off debt after debt, picking fruit, catching fish and levelling entire islands overseas for their resources, Tom Nook sits content at his resident service desk, reigning in the bells.

'Okay then, so Tom Nook is an evil capitalist?'

Well no, not to the pro-Nook camp at least. To them, Tom Nook is a pleasant and altogether generous landlord who sacrifices a lot of his own profits for the benefit of the village. One article in GameRevolution hits back at all the Nook hating, writing that compared to 'real-life predators at financial institutions, he's a swell guy'. He gives you 'a small, yet entirely legit, living space for free' and does it all with a loan that has no interest, no due dates, and therefore no debt collectors knocking down your door. You are free to pay back the money however you want, at whatever pace you like, a 'type of deal that working adults would kill for in real life'. Some go even further than that, comparing Nook's island paradise to a real paradise, a utopia in fact, where life is relaxed, joyous, and packed with friends. Mikhail Klimentov, for example, makes this ambitious claim in the Washington Post:

'In fact, Nook more closely resembles a leader of a utopian commune than a real estate mogul. Animal Crossing is a cheerful simulation of carefree, independent island life, where you chop wood, pick fruit, fish, and study the flora and fauna as you grow and nurture your community. It is explicitly utopian — and by extension, so is Nook’s stewardship of the island.'

The chasm between these two contradictory statements is great, but they can be reconciled. There is a sinister, capitalistic, and dystopian element to Tom Nook's island, but there is a joyous, communal and utopian element too. The key to understanding this ambiguity is in Klimentov's final complement on 'Nook's stewardship of the island'. In his account, Tom Nook is a paternalistic utopian, a boss who believes in not just making a profit, but caring for his workers. The history of capitalism has produced many such figures, industrialists and landowners who walked the line between good and evil; "capitalists with a conscience", if you believe such people can exist.

The centre of these industrialists and landowners philanthropic efforts came to be known as the 'model village', a self-contained community mostly constructed in the countryside to house a factory's workers. The majority of these new villages were constructed in England after the Industrial Revolution, when new technologies and growing urban centres were straining rural social relations and turning cities into giant factories.

One of the most notable examples of a model village was Bourneville, created by the brothers George and Richard Cadbury after having taken over their father's now world-renowned business, Cadburys's, in 1861. Still a living community, the village became the model for future versions, celebrated for its green spaces, local services (such as sports facilities, recreational spaces and public halls), and the general improvement it made to the living conditions of workers used to the city. 'No man ought to be condemned to live in a place where a rose cannot grow' said George Cadbury, a sentiment that inspired a good deal of loyalty in his workforce.

Two other well-known examples are Joseph Rowntree's New Earswick, and Robert Owen's New Lanark, with both men having idealistic dreams of what their model villages might achieve. Rowntree, for one, was adamant not to create a village 'bearing the stamp of charity', but instead, wanted to nurture a sense of 'civil responsibility' and 'spirit' independent of his influence. Owen, the utopian socialist many of you may already know, went one step further in considering New Lanark:

'a living demonstration of the ways in which the evils of poverty, social disadvantage and ignorance could be overcome through imaginative education, fair discipline, regular work, good housing and health care.'

For both of these men, and for the many other philanthropic industrialists of the 19th and 20th century, the creation of these new villages had, in the words of the historian Jeremy Burchhardt, 'an ideological as well as practical dimension'. Their paternalism provided an often welcome alternative to the 'hard selfishness' of 'purely market-based social relations', which, whilst improving the lot of working people, also provided their employer with a stable, healthy and loyal workforce. In a time when the lack of demand for rural labour was causing a rapid rise in unemployment, and the enclosure of the commons was stripping rural villages of resources and public land, it is no surprise that workers both inside and outside of the city were happy to take on stable employment, with decent pay, in a well-kept and green environment.

Tom Nook's enterprise is not altogether different from this. The island is certainly idyllic, and your cute villagers do make for a very nice community. There is no escaping work of course, but that work can be done at any pace you like, and in practically any manner you like. Apart from paying back Nook's loans, your labour is mostly in your own hands. When I am playing Animal Crossing I rarely feel like I am working, if anything it is an escape from the real world and real work. My animal companions seem to feel the same, spending most of their days resting, singing, watering flowers or giving me new crafting recipes. All of this is quietly managed in the background by a paternalistic Nook, who provides a host of services without questioning how or why they are used.

Animal Crossing's tranquil setting is certainly much more utopian than some make it out to be, and more so indeed than the model villages of Cadbury, Rowntree and Owen, but it can still be likened to another historical phenomenon: welfare capitalism. As wonderful as Nook's island may be, it is still a capitalistic monopoly. One could argue that his enterprise, rather than seeking to build a utopia, is instead seeking to create a stable, healthy and loyal workforce just as the old paternalists did (excepting the truly utopian Owen). Try to challenge that enterprise and the cracks in the system will start to show, or, as the historian Michael K. Brown put it: strip back its 'paternalistic veneer', and you will find something 'fundamentally anti-union' and anti worker control. Welfare capitalists may have wanted their workers to be happy, but providing them with better conditions was, at the end of the day, a business decision that they wanted to control.

We live in a world still confronted by the ambiguities of welfare capitalism. Corporations now compete with each other to see how much employee loyalty they can garner at the cheapest cost, either by creating token spaces on company boards or by giving out the periodical free gifts. Some companies will go a little further, however, maybe by providing good wages and working conditions. The question of these companies' morality is tied up into the question of Tom Nook's morality. A question which, in itself, is tied up into moral questions about capitalism.

I do not believe that Tom Nook is evil, and I also do not believe that focusing on the individual capitalist is very helpful. Those who focus on his individual characteristics are easily combated by people who utilise examples of his generous behaviour, just as the writers in GameRevolution and the Washington Post do with Nook's kind nature and no-interest loans. But, if you focus on the environment that Tom Nook operates in, then you can make a judgement that ignores the individual's personal morals. We can say that Tom Nook is not "evil", but that the system in which he is allowed to do business definitely is.

You may have encountered this exact same dialogue in the non-virtual world, where philanthropic wealthy elites are cherry-picked as examples of where capitalism goes right. We can even extend this to most roles in society that some of us consider immoral. Anti-landlordism, for example, might be criticised by sympathising with the few nice landlords, just as the police abolition movement might be criticised with some fluffy stories of nice police officers. Doing so is disingenuous, but so is focusing purely on the individual personality of landlords, police, or CEOs. The world that creates the landlord is immoral, but that does not make every individual landlord an evil capitalist pig (even if a lot of them are). Similarly, Cadbury and Rowntree may not necessarily be evil, but the world that allows them to amass wealth of that size (and at the expense of non-white labourers in the colonies) definitely is.

Not entirely, but the capitalist nightmare that allows him to turn an island into his own personal monopoly is. Now I must go, as I have some turnip prices to check. I do have a 348,000 bell loan to pay off after all.