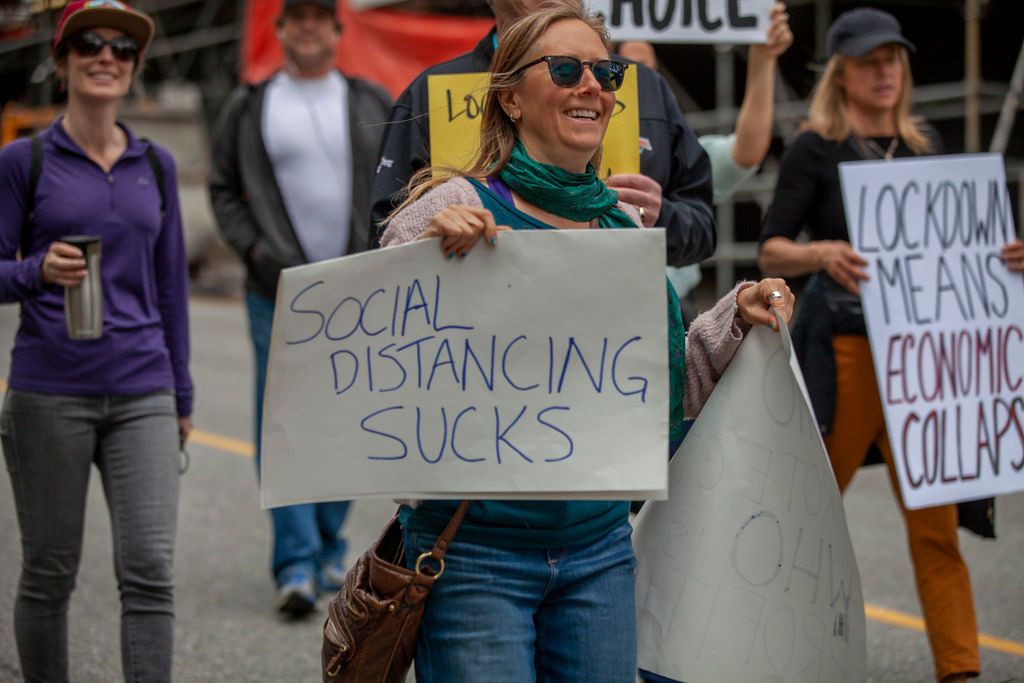 It has been trouble in number 10 for the UK's Conservative party, which over the past few weeks has been subject to an unravelling and embarrassing scandal. The Prime Minister's most esteemed aid, Dominic Cummings, already a mysterious, marmite-like figure made famous for the frightening hold he has over British politics, has been caught shamelessly flouting lockdown rules. Cummings drove nearly 250 miles to visit his parents in the north of England, before driving many miles more to the town of Barnard Castle to "test his eyes".

Further worsening the scandal was Cumming's shameless defence of his actions, which were happily backed up by top establishment figures. Boris Johnson went on record to express sympathy for him, and stressed that he acted with 'integrity and care for others', whilst the previous cabinet minister Michael Gove tried to claim the man was 'wise' for taking a 60 mile round-trip to test his eyesight. Long story short, Cummings will not be treated to the same punishment as the general public (and especially, BAME members of the public), for breaking lockdown rules.

This scandal has been the subject of nearly unanimous criticism from the press, public and politicians, with a growing number of the latter calling for the direct resignation of the Prime Minister's aide. There is a clear significance to this event, and a stench of anti-elite sentiments hanging in the air. So how can we utilise such sentiments?

Before we speak of how to utilise them, however, it is first vital that we recognise and also vent our frustrations at a political culture that can reach such a clear consensus over this scandal, but not over say, Grenfell, or the Chilcot inquiry into Blair's involvement in the Iraq war. There is enough proof that white people in the United Kingdom do not extend their outrage to events that do not directly affect them, but this is just another example to add onto the pile. We should be asking, why are we seeing a revolt in the Tory party now, and not when seventy-two lives were lost at Grenfell tower, a disaster that has been mismanaged ever since?

Such questions should come, and those who previously ignored them should be confronted with them. We should, however, take advantage of what we can. Even if we find it irritating that it took "cummings-gate" to trigger anti-establishment attitudes in people, we can still utilise those sentiments. There are long-term conservatives, not just centrists and the apolitical, who are claiming that it is 'one rule for them and another for us'. It does not take many steps to start wondering what other rules the elite ignore for their own benefit, whether via dodging tax or, in the case of Boris Johnson, misusing public money. We have to convince people that those in power will, and always have, floated the rules. Helping us in our cause is a long history of abuse and corruption by the elites, and in this specific case, the plenty of other examples we can find of political figures ignoring the lockdown.

It is also essential that we curtail the controlling of the narrative by right-wing figures. Anti-establishment resentment has immense power, but in the hands of the far-right, it can take dangerous, oppressive and deeply racist forms. This is what we have seen with figures like Nigel Farage, and continue to see with Trump and other "anti-establishment" political leaders. They have no interest in furthering the cause of equality in their countries, nor do they want to invest any power in the people. Rather, they would simply like to replace the establishment and usher in a new age of power for the nation-state.

Right now, that right-wing political figure is Piers Morgan, who has been on record slating both Cummings and the political establishment trying to protect him. Piers might be railing against the current establishment, but his influence is overwhelmingly positive for the conservative cause. If this publicity continues to grow his audience, then that is a growing audience who will also be exposed to his bigoted views. Presenting yourself as a left-wing, anti-establishment figures in your personal relationships, workplaces and online means taking Pier's place in that narrative.

Speak to a lot of regular people out there, and you will also find that they are often equally as critical of Labour MPs and other left-wing politicians. And why should they not be? After all, both Rosie Duffield and Tahir Ali have broken the lockdown rules. They were not defended by the establishment in the same way as Cummings, that is true, but they still serve as examples of those in power breaking the standards they expect the population to follow. This is the same party whose leader betrayed the people of Iraq, and the same party that has a history of authoritarian politics that, in the eyes of previously colonised people, does not look much different from that of the Tories.

All in all, if people are going to hear someone rail against the establishment, should it not be the anarchists?